Joined Mar 28, 2006
·
1,600 Posts
In May, 2017, the last group of the cars from the Bob McDorman Collection was auctioned at Mecum Indy. One of those was a 2006 Pac Blue SSR with almost 36K miles on the odometer. Noted previously here on the forum it was a driver, with paint work done and not a cream puff. It sold at that auction under unusual circumstances after a big buildup on the auction block by Dana Mecum, a close friend of Bob McDorman. The final price was $45,000. Another fanatic who inspected that SSR closely noted this final price was far above its worth based on the condition- he assessed as being worth not more than $28K. I too saw flaws in the car, especially prior to it being detailed. "Unusual" circumstance in that once the auctioneer hammered the car sold on the block, the runner who goes into the audience to obtain the buyer's signature on the auction slip was waved off near the podium. Who bought the car?

Fast forward to today and a 2006 Pac Blue SSR, advertised as previously part of the Bob McDorman Collection, is now being offered at the Mecum 2020 Indy auction. Mileage is now 38K on the odometer. 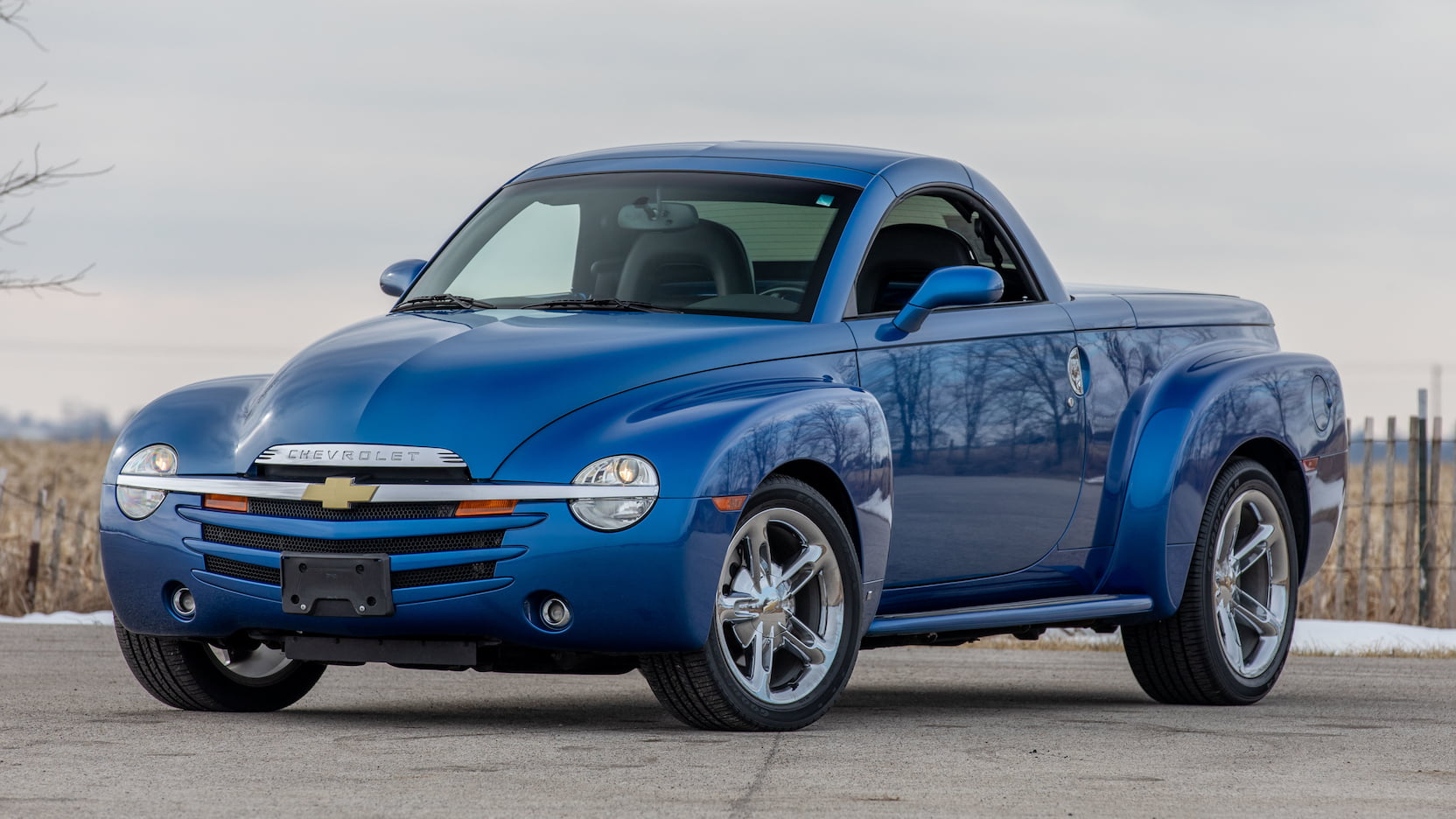 2006 Chevrolet SSR presented as Lot R257 at Indianapolis, IN

2006 Pacific Blue 6 speed Custom
Joined Apr 4, 2008
·
3,037 Posts
Curious to see how it's going to go second time around! Any truck with any type of mileage on it will have some paint blemishes...
Only Garage Queens can be near-perfect and what kind of fun is that? ?
Look forward to having another "Blues Brother or Sister" in the family! ?
► Show Full Signature
"HUAW" = "Hooah", Its an ARMY Thing! Which can mean nearly anything that is Awesome or Positive!!! Just like a CHEVY SSR!!!
1 - 2 of 2 Posts
Join the discussion
Continue with Facebook
Continue with Google
or sign up with email
Recommended Reading
Read More
Read More
About this Discussion
1 Reply
2 Participants
Last post:
HUAW 3 mo ago
Chevy SSR Forum
Chevy SSR Forum - where SSR fans discuss modifications, wheel & tire tech, performance and so much more!
Full Forum Listing
Explore Our Forums
General Off Topic SSR General Discussion SSR Technical Discussion SSR Parts for Sale/Wanted SSRs for Sale
Popular Communities