Joined Sep 22, 2015
·
5,135 Posts
During this down time, what movies you watching. If you never seen it watch "World's Fastest Indian". True story of Burt Munro, one of his record still holds today.

SWT RYD said:
During this down time, what movies you watching. If you never seen it watch "World's Fastest Indian". True story of Burt Munro, one of his record still holds today.
Click to expand...

I second that one.... Great movie!
► Show Full Signature
Jarod and Lori

2004, lowered, custom paint
Joined Aug 25, 2017
·
1,939 Posts
If you were a fan of Deadpool.... Watch "6 underground" on Netflix. It also stars Ryan Reynolds. Over the top action sequences, crazy driving scenes with quite a few one liners throughout. Not gonna win any Academy Awards but fun to watch.
► Show Full Signature
Jarod and Lori

Joined Jun 5, 2007
·
17,954 Posts
If you have Amazon Prime, watch the 5 year series of BOSCH, a LA detective,
based on the best selling books by Michael Connelly.
► Show Full Signature
🚗 Ron + Frieda🌸
Living On The Summer Side Of Life
D

I have been working on my stereos. Hitching up some more old Klipsch stuff that I have had is storage. When I get that done, I am going to watch Saving Private Ryan when I have the 15" subwoofers hitched up.

True Blue said:
We watched a western "Badland" last night on Netflix. Good movie if you like westerns.
Click to expand...

Stumbled across BRONCO BILLY on late night TV. It stars Clint Eastwood and Sondra Locke. Good wholesome movie. He is a wild west carnival act like Buffalo Bill. I have seen it several times and really like it. Filmed in 1979 in Idaho. Check it out.
► Show Full Signature
05 Slingshot Yellow,Built 1-24-05,VIN120035,INDY500 Track/Festival/Parade Truck #32 of 74
God Bless and keep on Truckin,
Auggie Doggie <>< HOLYRLR
Premium Life Member, Livin the Dream!

Joined Aug 2, 2008
·
13,782 Posts
As I have often stated I like the old stuff
Interesting timing but my oldest son asked my advice on old movies.
He had on his list Casablanca, Citizen Kane and Lawrence of Arabia - all great movies.
I can go on forever about this stuff, favourite films, directors, actors.
I often find there is one little scene in a movie that brings me back to watch again - a couple that comes to mind
Rather a magical scene.
Interesting that my SSR is named Kate for Katherine Hepburn but I wish I had named her Ginger.
Ginger, in a flowing dress, could out dance Fred Astaire.
- Pretty much anything Bogart - The Maltese Falcon, Casablanca, African Queen, Treasure of the Sierra Madra, High Sierra etc etc

This is getting boring for you I am sure.
Current movies, pretty much crap IMO
They seem to make a couple of hundred syrupy Christmas TV movies annually.
When I was a kid, we had about 3 that we watched continually.

Sorry if I have bored you
► Show Full Signature
"Such are the Vagaries of Life"
Ah, I'm Just Truckin' With Ya!
0

Joined Aug 17, 2016
·
984 Posts
How could you not watch the Spaghetti westerns..Good Bad and Ugly, Fistfull of Dollars, For a Few Dollars More, or any Eastwood western. I have been watching the old TBS movies and just finished Black Sails.....

I surprised nobody mentioned newer movies
"Grand Torino" or "the Mule"

How about some Steve McQueen movies
Nobody mentioned "Bullit", Lemans and many others

And of course about anything (in color) with "the Duke"

Joined 12 mo ago
·
129 Posts
Green Mile ,Captain Phillips with Tom Hanks also try the Ozzie films such as Sunshine and Oranges and The Rabbit Proof Fence, fact based , stunning and typical of the white mans intrusion on the natives.

Joined Aug 23, 2017
·
1,041 Posts
SSR3 Told me about the Netflix Series Formula 1 Drive To Survive. It gives you a behind the scenes look at the teams. Very interesting. 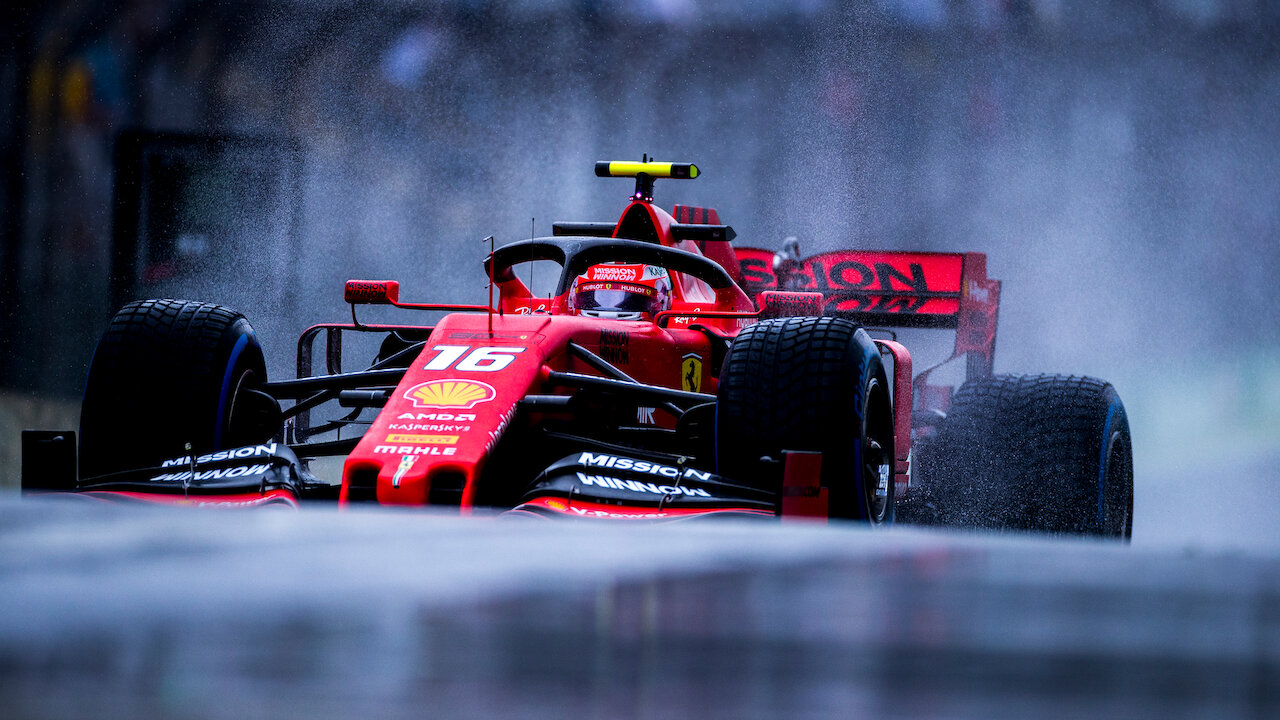 Drivers, managers and team owners live life in the fast lane — both on and off the track — during each cutthroat season of Formula 1 racing.

Gerry Morgan said:
Green Mile ,Captain Phillips with Tom Hanks also try the Ozzie films such as Sunshine and Oranges and The Rabbit Proof Fence, fact based , stunning and typical of the white mans intrusion on the natives.
Click to expand...

My favourite Tom Hanks movie - The Road to Perdition
My post was so long I really couldn't get into Clint.- like pretty much all he did - but with due respect, Bronco Billy was not one of them.
His movies that had his girlfriend Sandra Locke in them were less than spectacular.
I love Spaghetti & Dirty Harry - expectorating tobacco juice on the dog etc.
I have seen them so many times though.

My younger son has never seen the Godfather Series
I have a university student here that also wants to see the series
Not really looking forward to watching it twice - trying to coincide
I thought Alex would be here in April but he is hung up in Columbia.
The Godfather series takes a ton of time to watch
► Show Full Signature
"Such are the Vagaries of Life"
Ah, I'm Just Truckin' With Ya!
1 - 20 of 47 Posts
Join the discussion
Continue with Facebook
Continue with Google
or sign up with email
Recommended Reading
Read More
Read More
About this Discussion
46 Replies
26 Participants
Last post:
David Dio 2 mo ago
Chevy SSR Forum
Chevy SSR Forum - where SSR fans discuss modifications, wheel & tire tech, performance and so much more!
Full Forum Listing
Explore Our Forums
General Off Topic SSR General Discussion SSR Technical Discussion SSR Parts for Sale/Wanted SSRs for Sale
Popular Communities